Creates opportunities for the newly arrived in Sweden

Together we can do a lot, especially if we are driven to make a change even when the world is in its darkest hour. Just Arrived is a project run by such people, and Antrop is one of the driving forces of the project, which is designed to create opportunities for new arrivals to quickly become a part of the society.

A new service to help

Antrop worked pro bono to develop Just Arrived and led the user-centered service design process. The organisation began as a startup with the help of 150 volunteers from 30 different organisations, such as Antrop, Universe, Wintrgarden, Nova and Frilance Finans. The business started in September 2016 and just over a year after that the company could show some great results:

The major challenge in this project is to give people who have newly arrived their first experience of the Swedish labour market. Just Arrived is a new service that quickly help newcomers to get to work and start building a network and a CV here in Sweden. Universum initiated the project and contacted Antrop for help with research, design, graphic design, and evaluations and tests with actual users.

Antrop started its involvement in the project by making initial inquiries about the target group and held a half-day workshop where our designers worked together with other project partners to develop the typical user profiles, scenarios of use for users, a map of the service, the initial design sketches, as well as key values ​​and guidelines for the graphic design.

A team at Antrop developed a visual identity, user feeds for users, overall design and detailed design that have been iterated together with the other project team through frequent review meetings. The team met new arrivals at the Swedish Migration Board offices (Migrationsverket) and at the asylum accommodations and captured some of their thoughts on the service.

Antrop has been an invaluable partner for Just Arrived. Their ability to consistently deliver well-thought-out, customer-centric design, along with their ambition and commitment has been a major contributing factor to the success of the project.

The road to Community

The Just Arrived service facilitates contact between newly arrived immigrants and companies, making it possible to create networks and job opportunities, and to help new arrivals build up their CV’s. The goal is to create an easier way for newcomers to enter the community, and the figures above show that the company has succeeded. The service has been honored by both users and clients. Meeting place Social Innovation has appointed it as one of the most important innovations that will shape the Swedish society in the future. Antrop continues as a proud partner to Just Arrived to contribute to a better world. 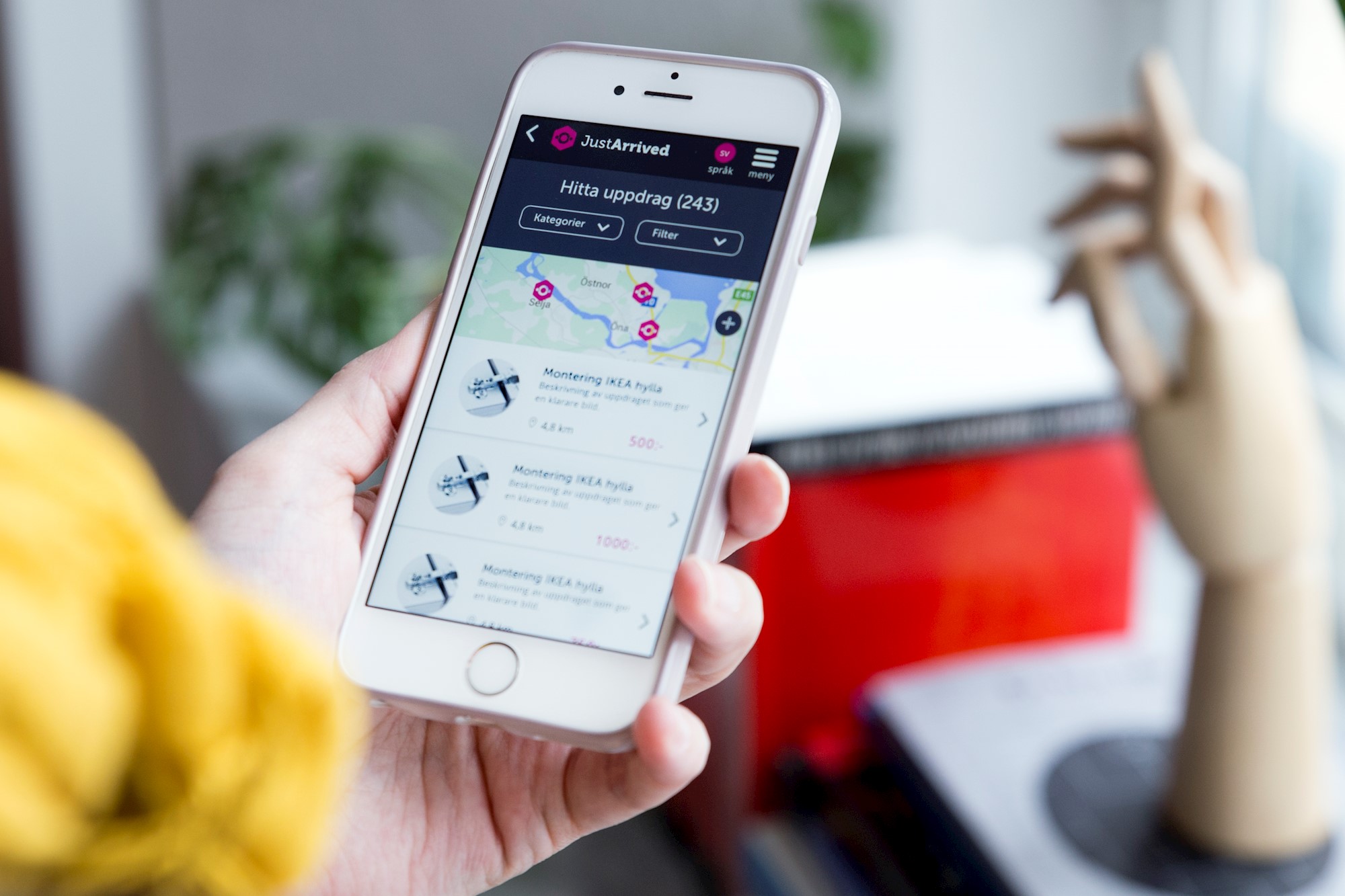 Just Arrived is a project that is all about helping new arrivals to quickly get to work and start building a network and a CV here in Sweden. The goal is to create an easier way for newcomers to enter the community.

Are you faced with similar challenges?

The National Board of Health and Welfare

Digital design towards the next step in working life